Despite making more than 60 different products, Heinz liked the sound of “57 varieties” and the phrase has stuck ever since. 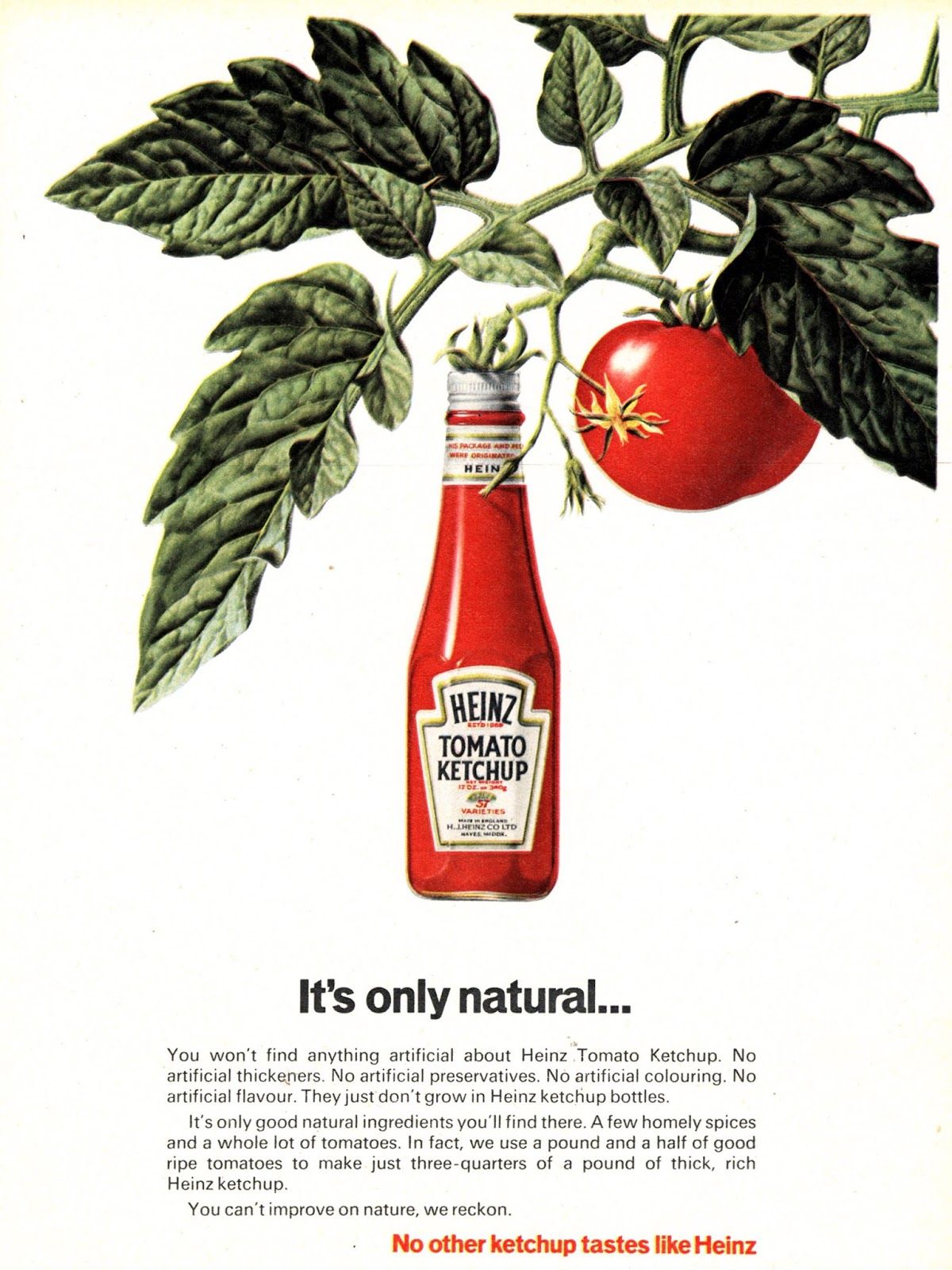 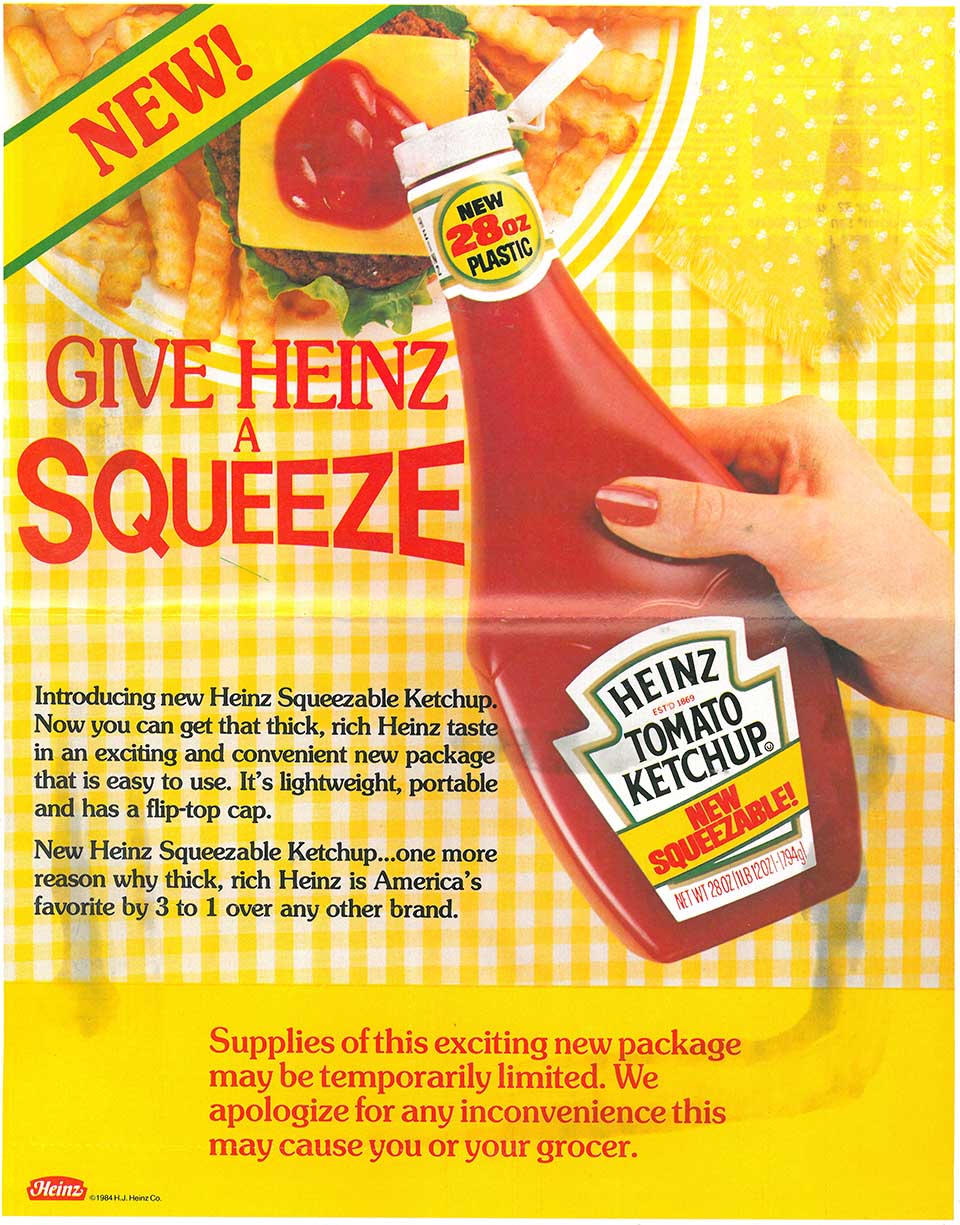 in 1979, Leo Burnett chose to focus on Heinz’s thickness as an indicator of quality. The ad featured the Carly Simon song “Anticipation” and grew Heinz’s market share 40% in two years.

Heinz’s current campaign focuses on the fact that Heinz ketchup is grown from real tomatoes to produce a quality product. This is in response to consumer’s growing concerns with GMO’s and artificial ingredients being used in food.

This 2018 ad by BBH revisits the idea of Heinz’s thickness and richness as an indicator of quality. Instead of focusing on the anticipation that builds with every moment you spend waiting for the ketchup to slide out of the bottle, this ad implies that it’s the ketchup that makes the food. Without Heinz ketchup, a french fry might as well be invisible. It brings your food into reality and makes it substantial.